Bolton Gardeners started life in 2010 as Bolton in Bloom, a small Committee of residents to co-ordinate the village entry in the Cumbria in Bloom competition, with some success. A “History” of what the Committee has achieved can be viewed here. 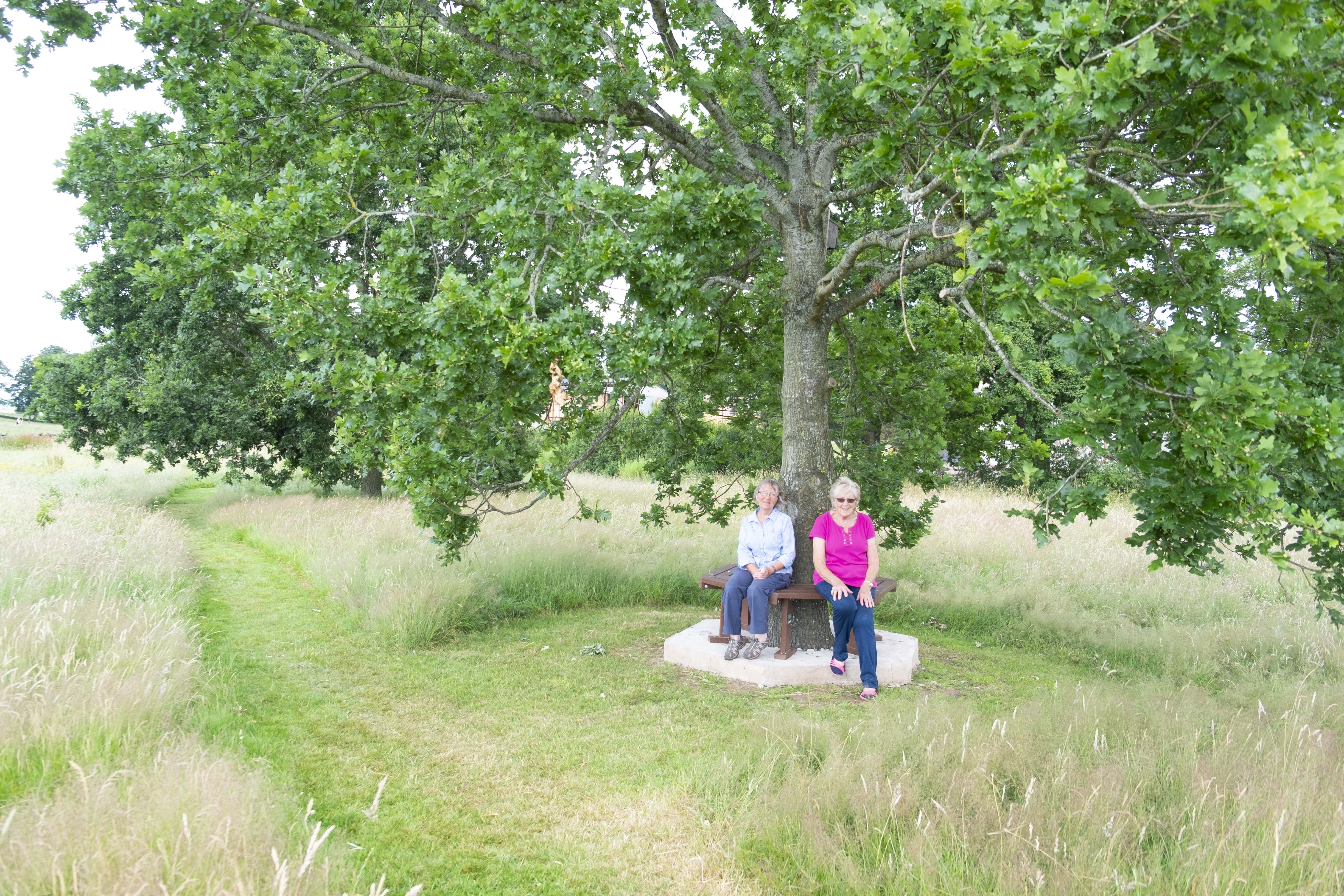 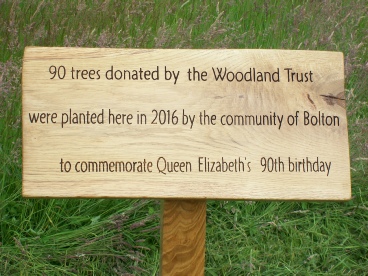 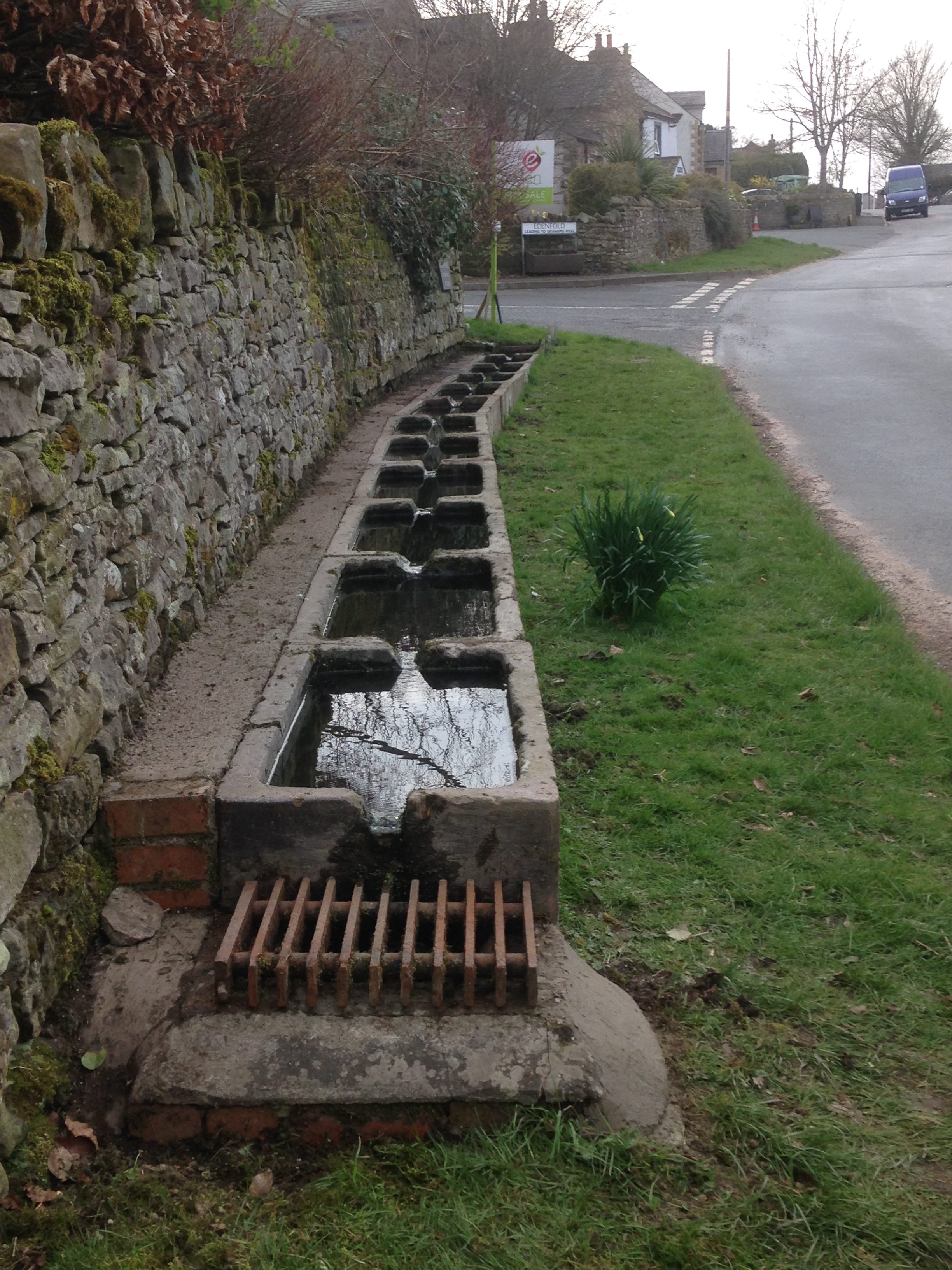 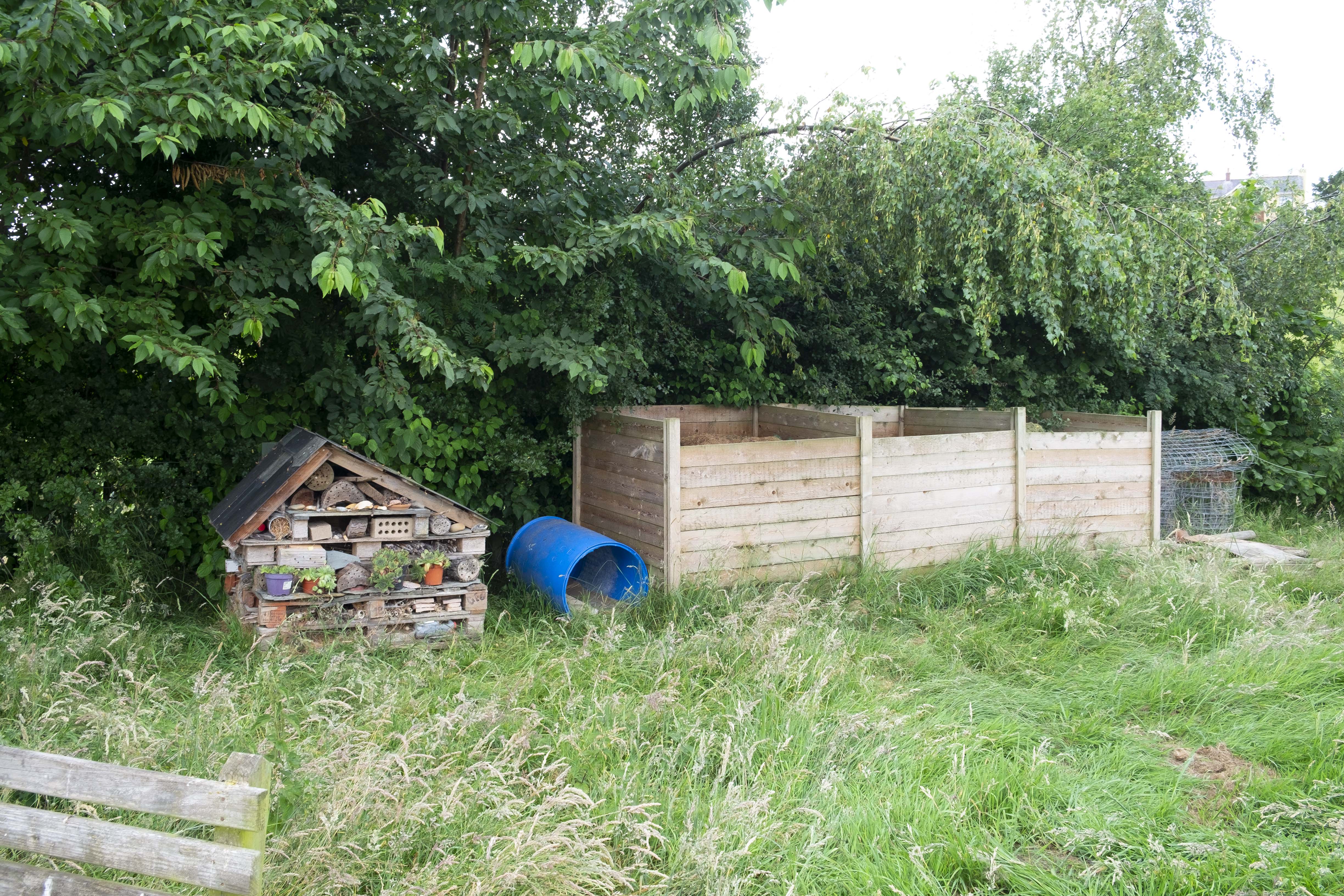 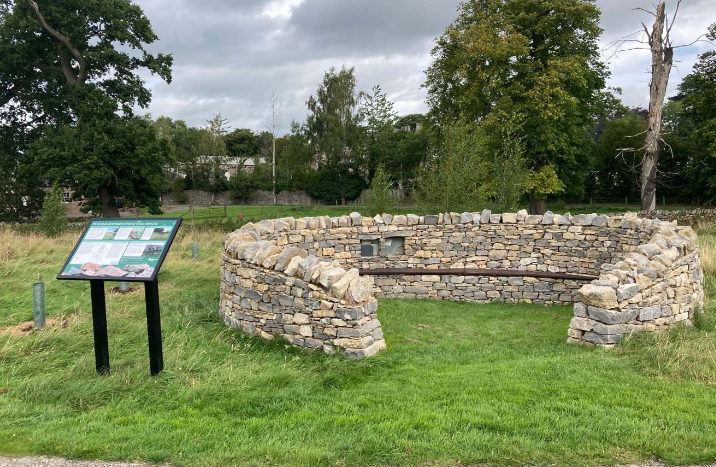 Before the lock-down the Committee invited interested residents to join an informal gardeners’ forum. The aim was to provide a forum for advice and support of village gardeners. During the lockdown there was a great deal of activity, including plant and seed swaps, identifying plants, advice on gardening problems etc, using the village WhatsApp group, and in December a dedicated Bolton Gardeners WhatsApp group was set up. The forum is open to any village resident, and if you would like to join, contact Mike or Helen Gerrish on boltoninbloom@gmail.com and leave your name and mobile phone number. There is no subscription fee, and you don’t have to be an expert gardener to be a member.

Open Meeting. We had high hopes of having an open meeting in March this year, but on the day, a significant number of people had gone down with the Omicron virus, thanks to a “superspreader” at the Bacon Buttie morning held a few days before, so we postponed the meeting to a couple of weeks earlier. The day dawned and the rain poured down and an icy blast made the rtemperature feel like the Arctic, so on the assumtion that very few people would want to venture out on such an evening, it was cancelled again. We gave up and sent out a round robin about the plans.

Pump Track. The big event in early 2022 was the building of the pump track. This was an initiative to provide an exciting facility for bikers, and was sparked of by a group of parents, now known as the Bolton Friends Association. The work was financed by grants, supplemented by volunteer effort. When the work was completed in March there was a plan to plant trees around the fence line, and have wild flower planting in the ground next to the track. Part of the plan was to erect a gazebo next to the track for spectators. Once built we planted several crab apple trees behind the gazebo. Photographs were taken and submitted to the Queens Platinum Jubilee Green Canopy, a UK-wide project to encourage tree planting. The trees, which were supplied FOC by the Woodland Trust, are now part of the Green Canopy Map. In a few years they will greatly enhance the look of that part of the Memorial Field. 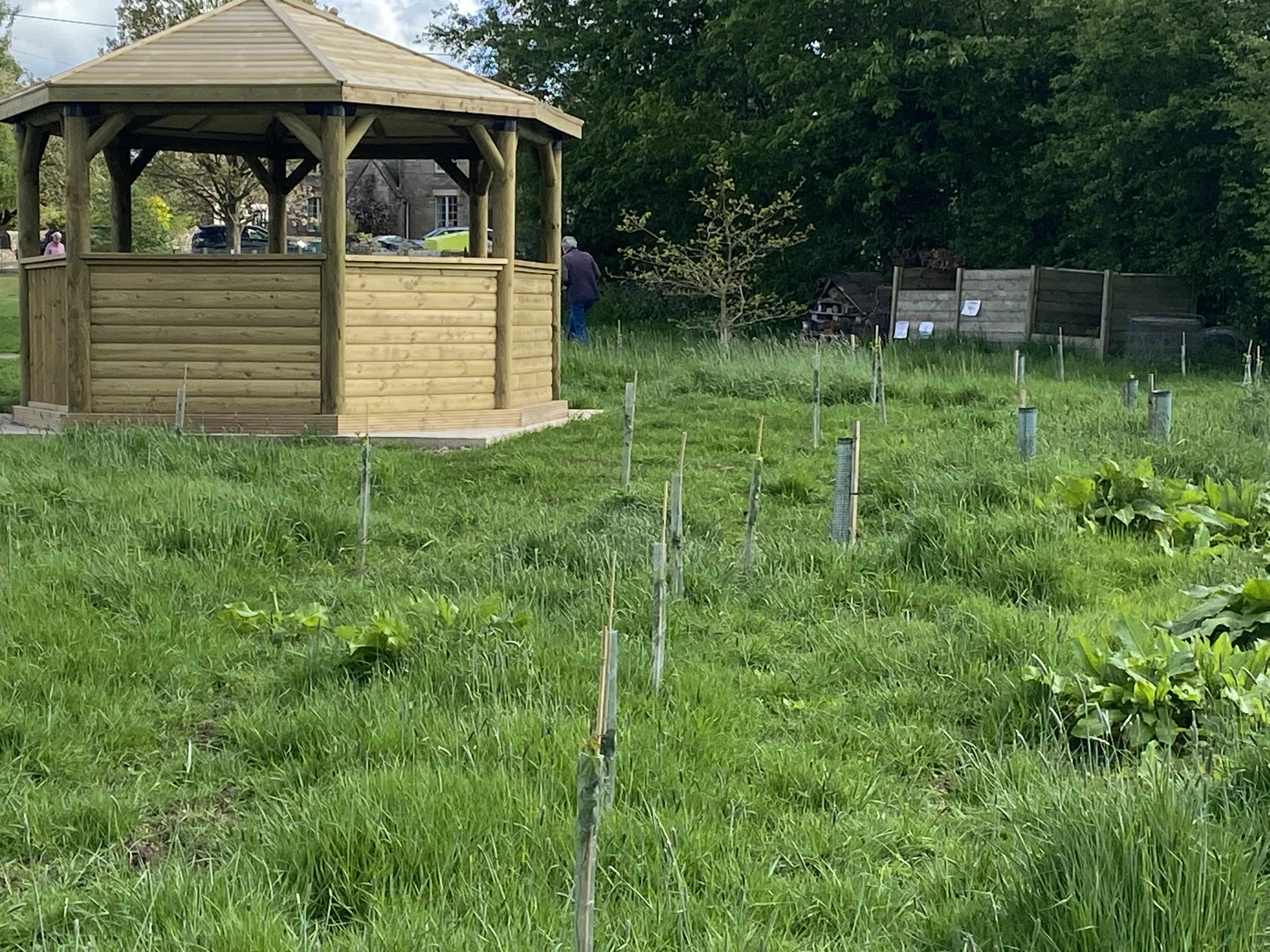 Pinfold.  Committee member Martin Fagan requested permission to plant a couple of fruit trees in the Pinfold, next to the seats, and this was agreed. He duly planted a apple tree and some irises, and will follow this up in due course with another tree grown as an espalier. 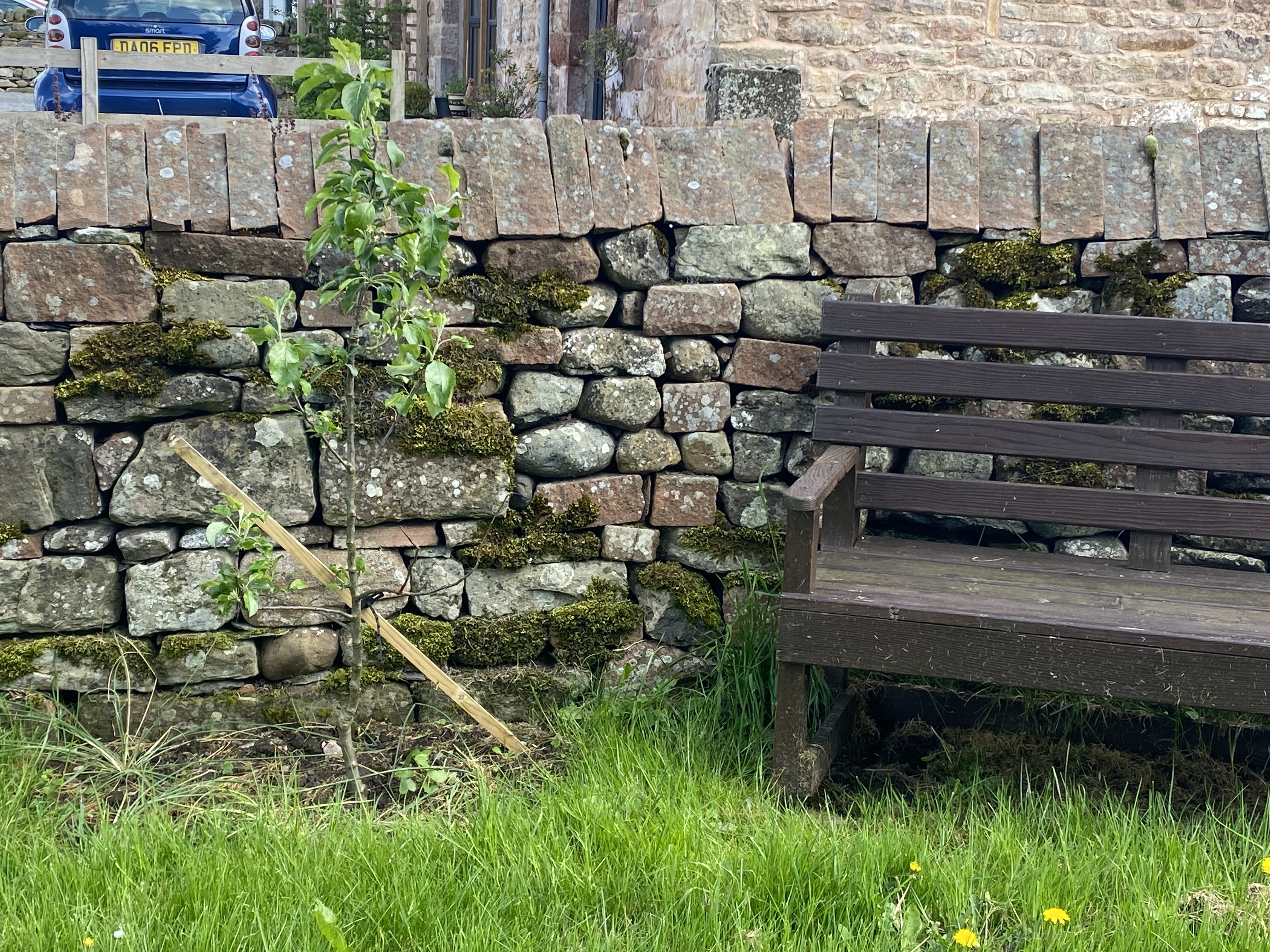 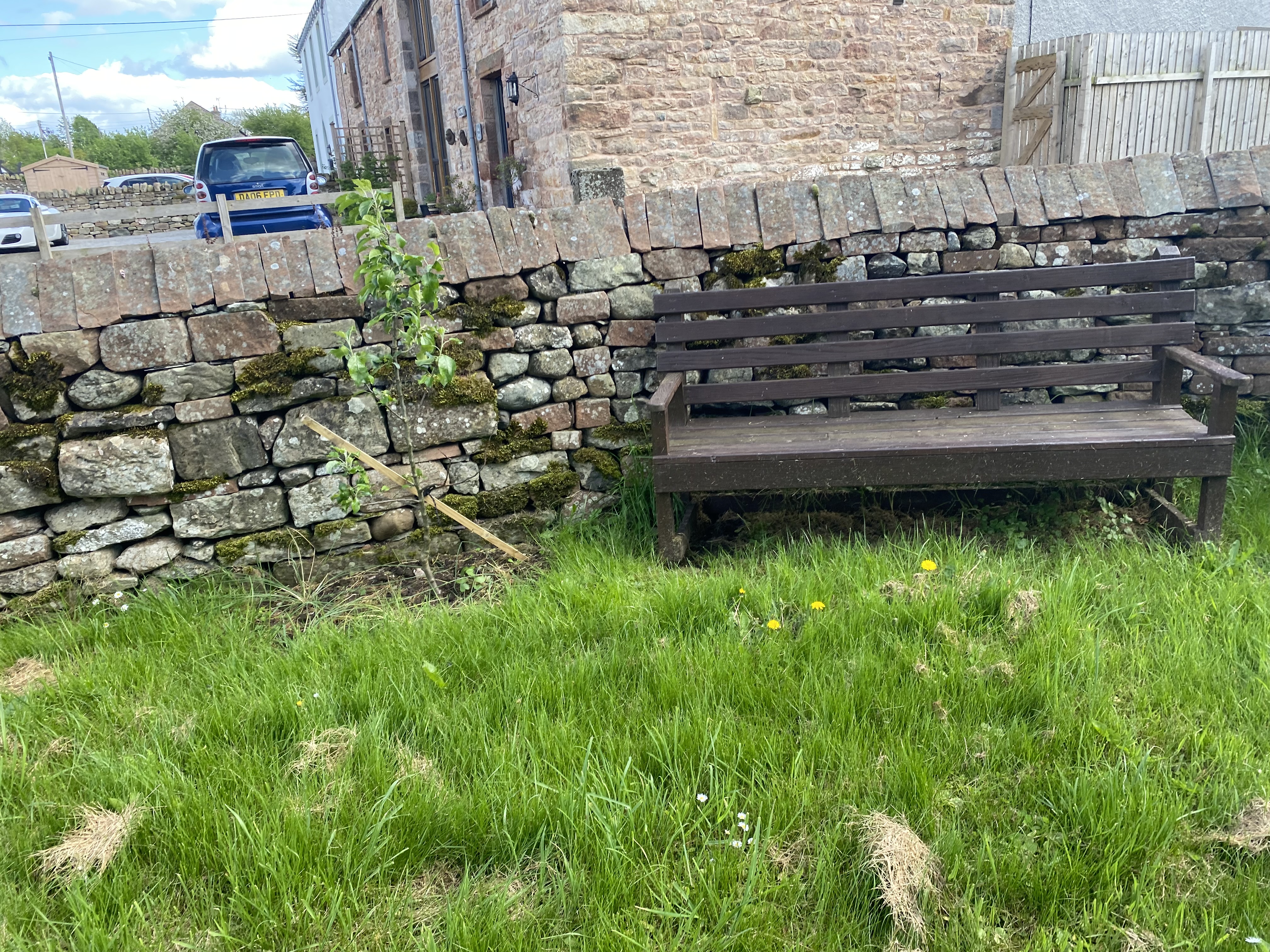 Open Gardens.  One of the plans for the year is to hold a traditional Open Gardens event, and this will be held in conjunction with the Scarecrow Festival on Sunday 10th July. We will be asking a few gardeners to consider opening their gardens for the afternoon, and being on hand to chat. We are also hoping to have vintage vehicles of various sorts on display. If you would like to be involved please contact Helen on the email above.

Planting around the pump track.  Although Bolton Gardeners were not formally involved in the planting, a few of us took on some planting.  In April and May Helen, Mike and Shelagh, variouly assisted by Tony Hindson, and volunteers from Eden Grove, carried out planting of more trees and shrubs, ground cover plants, and later, wild garlic bulbs kindly offered by Alan McViety, Butterworth’s farm and James Bell. In a few years time the pump track should be well surrounded by plants 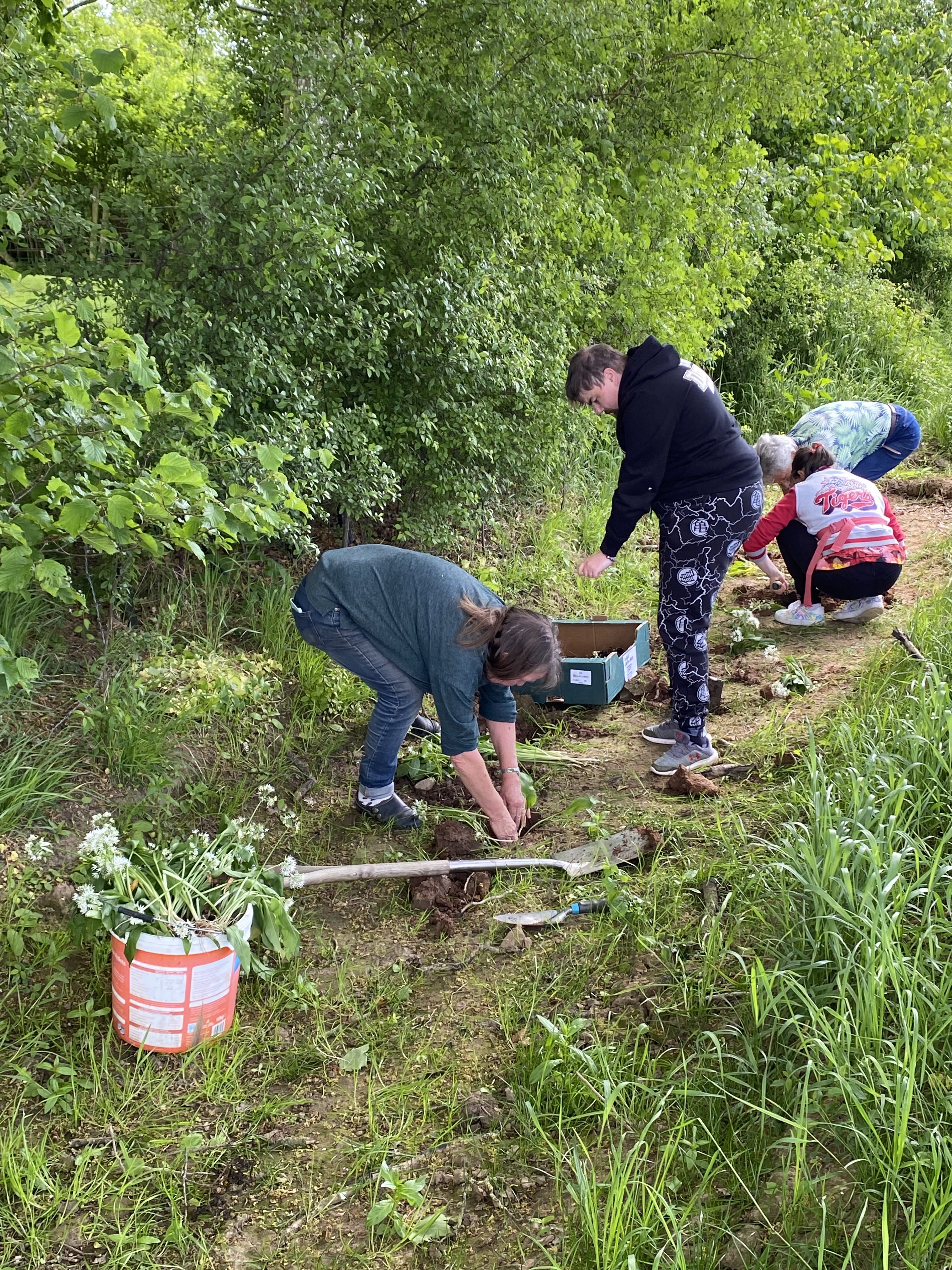 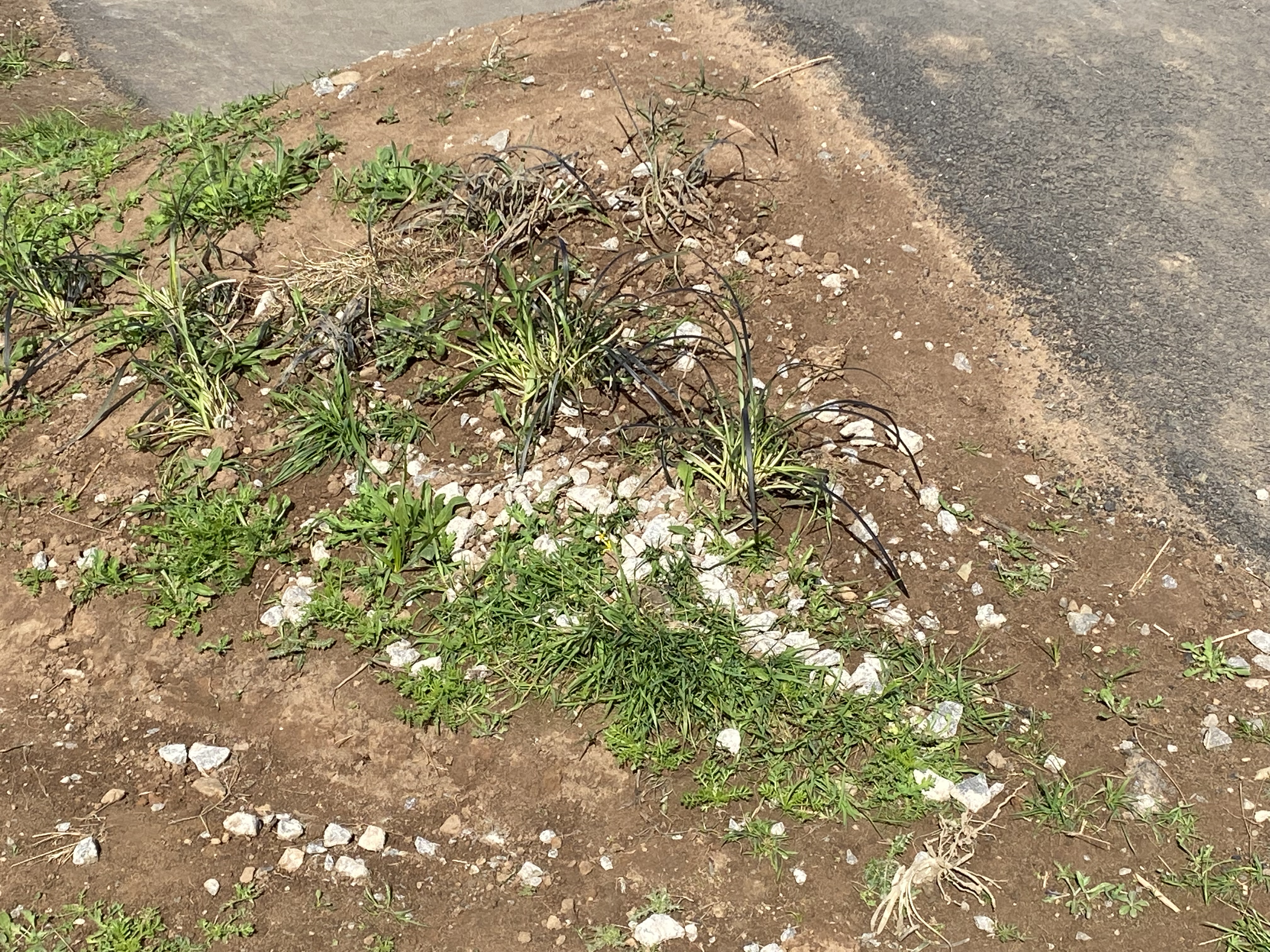 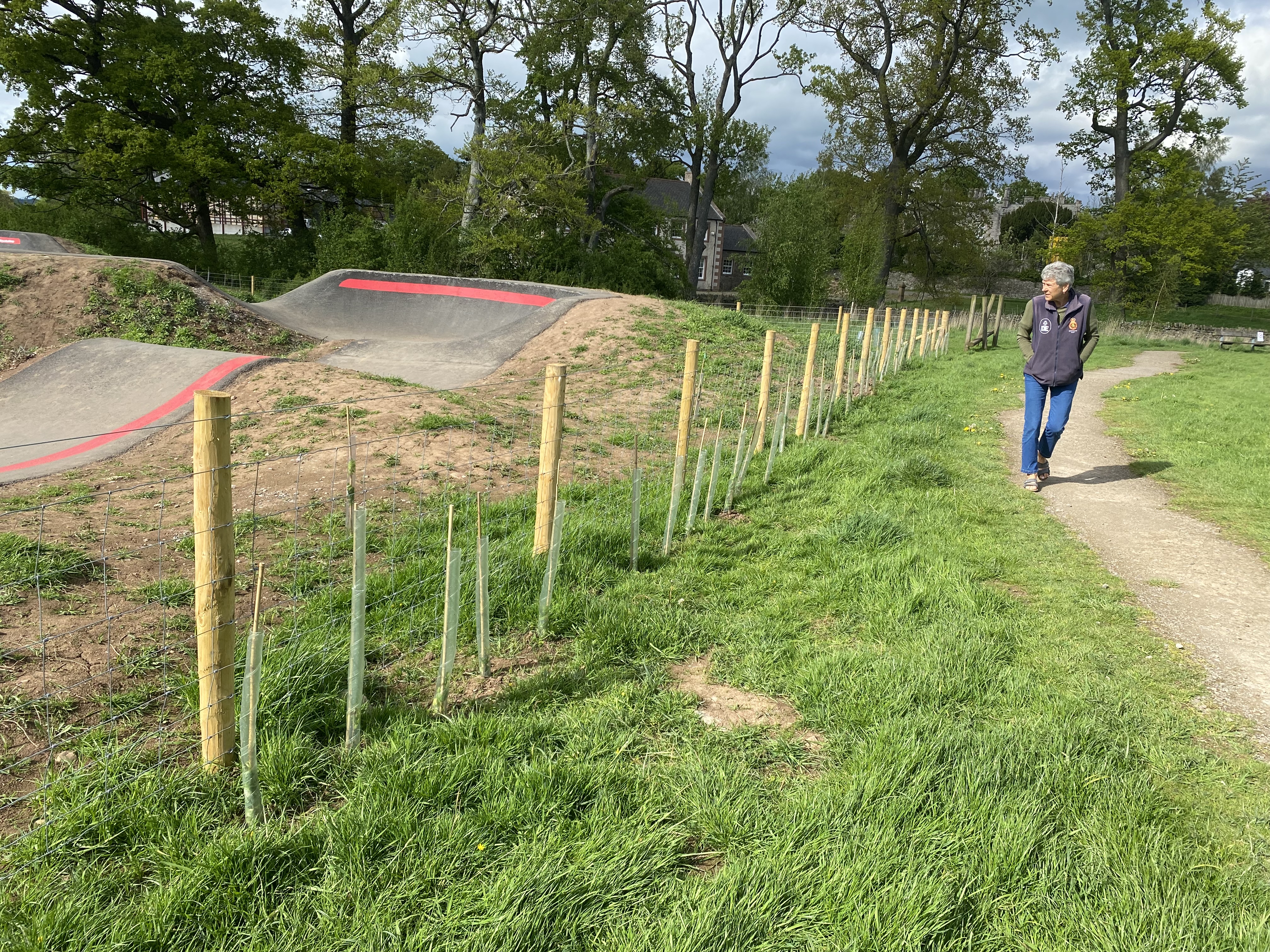 Trees next to fence


“Wilding” Project   In 2020 two parts of the field were set out as wild flower areas. The first was a 15 metre section by the wall separating the houses opposite the pub, and the other was adjacent to the compost bins. The first are was full of grass, and yellow rattle was planted to suppress the growth of the grass, thus allowing the wild flower seeds which were sown to thrive. Last year some limited success was achieved. This year the yellow rattle has spread and should start to work on the grass. This will be a long term project. The other area was not covered in grass but full of nettles. We removed the nettles and sowed some wild flower seeds. These have taken really well and the area looks good. Work in progress! 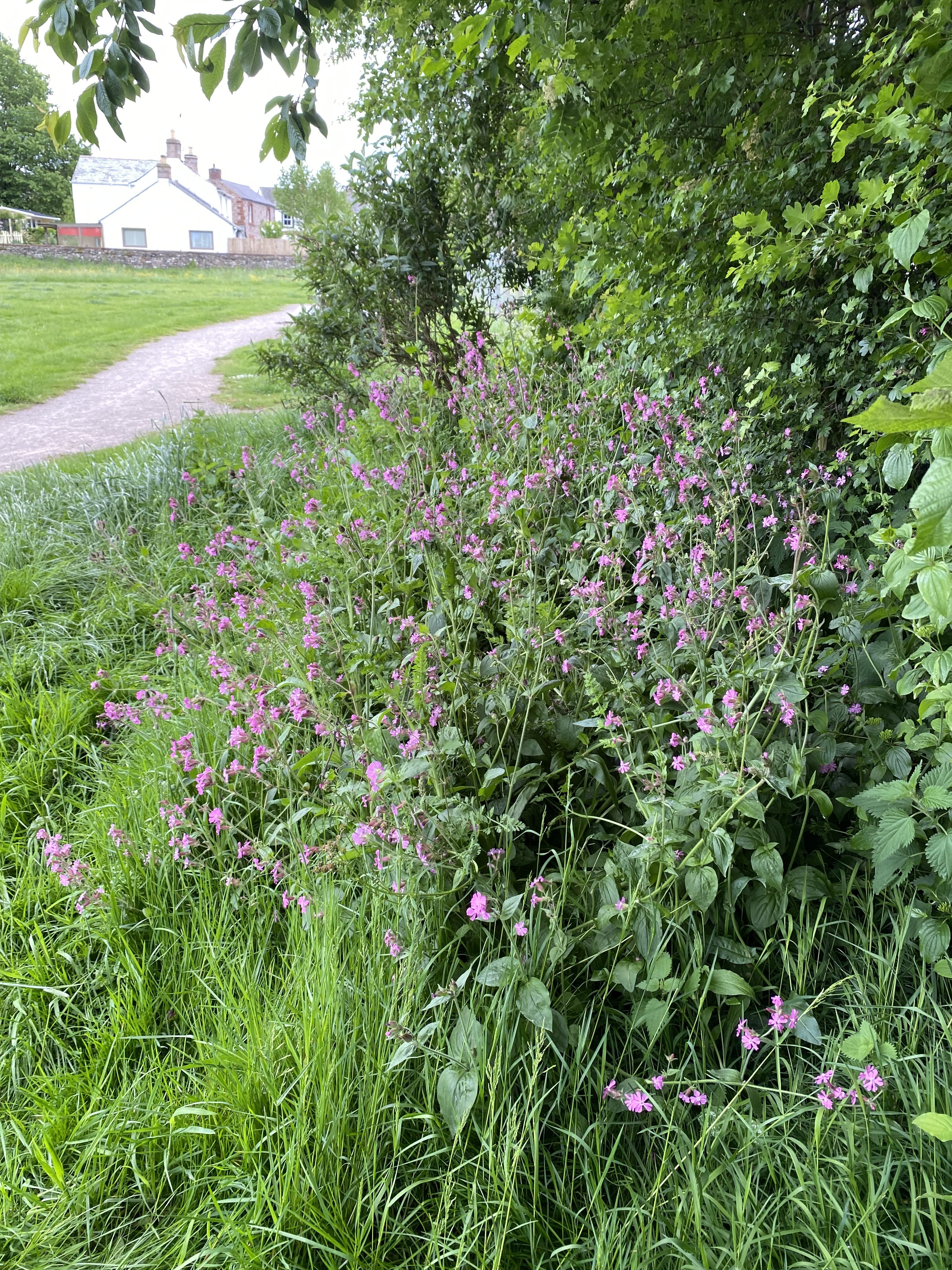 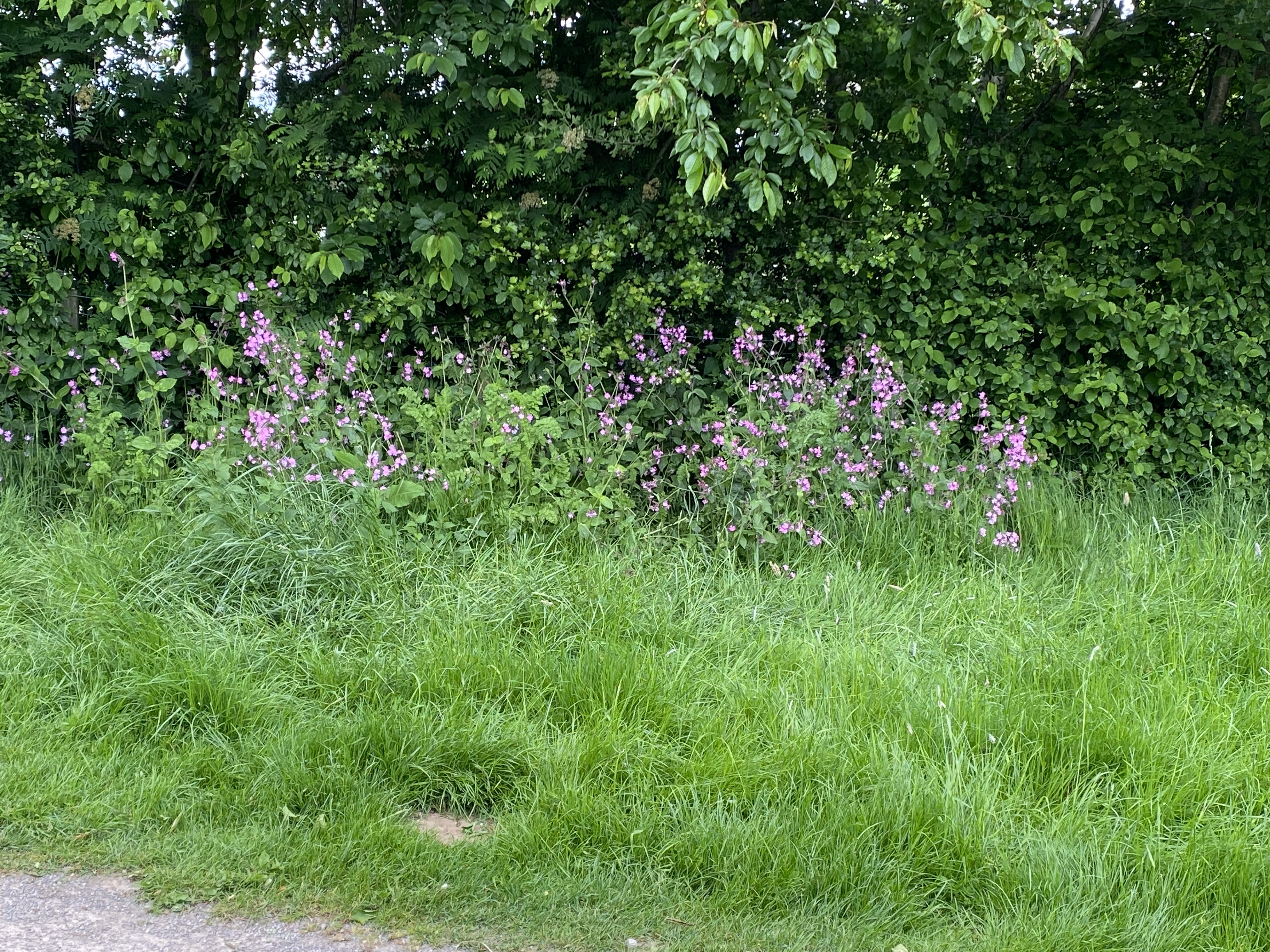 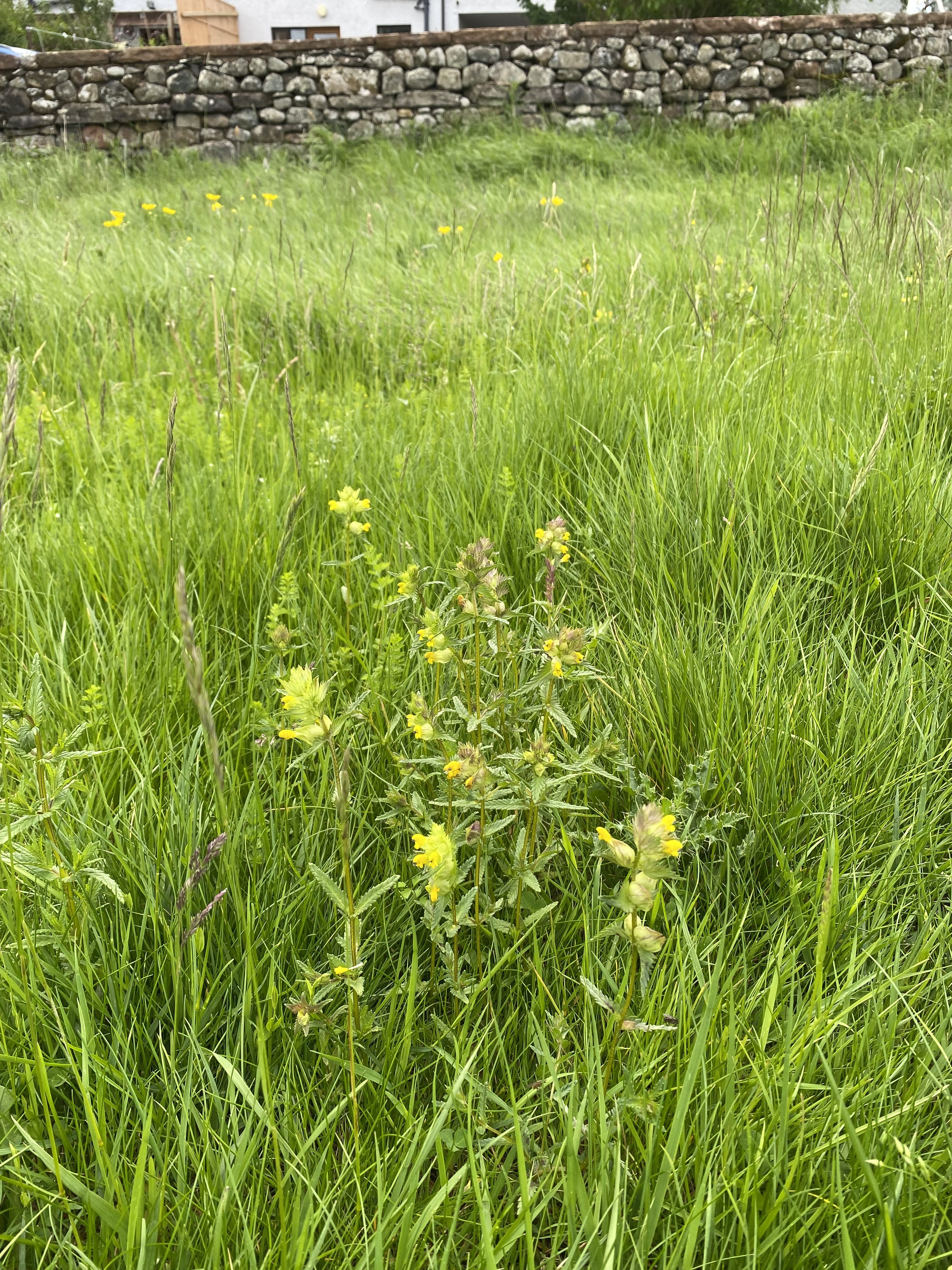 Village Events in the next month